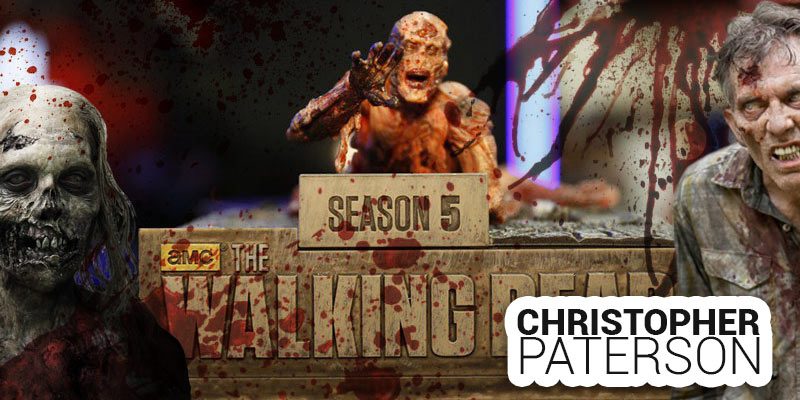 The Comic-Con show recently opened its doors to tens of thousands of genre fans were they shared the first look at The Walking Dead Season 5 collector’s edition Blu-ray case. Lets take a look at it’s design.

The photos below are a prototype and may not be the 100% final case that will ship out later this year, but, like previous reveals of the Collector’s Edition cases during Comic-Con, this is pretty close to the final product.

The prototype was modelled after the walkers that seemed almost burned alive from a fire and almost melted on the asphalt. This walker closely resembles it in almost in every way. From it half burnt face….to it’s intestines pouring out all over the ground, to it’s full skeleton lower half.

Finally, here is all the details on bonus features: