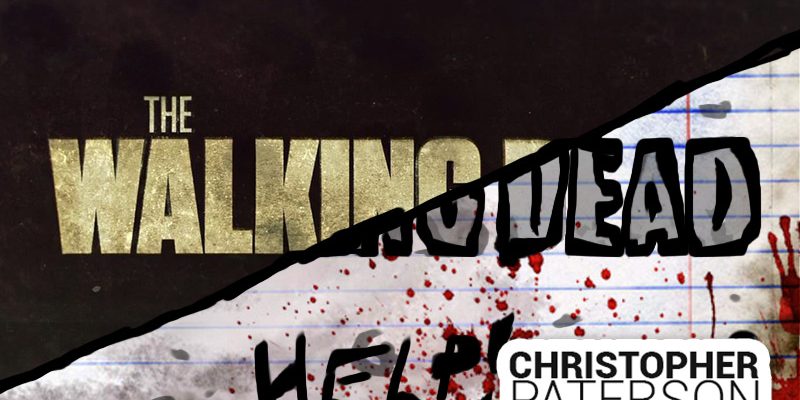 The Walking Dead is an American horror television drama series developed by Frank Darabont. It is based on the Comic Series of the same name by Robert Kirkman, Tony Moore, and Charlie Adlard. It has to be one of my favourite TV series….probably because it incorporates a storyline where no one is safe….who is the antagonist? The zombies? It might be, but it depends on your views?………but I’m not going to get into that, today I’m breaking down the logo, lets take a look at it’s design!

When looking at the logo, my instant reaction was “LAYERS”….and lots of them…The textures in the logo seemed to incorporated concrete, rocks, cracks, and even some dirt and weathering going on……..So lets see how I created this, first lets take a look at the original The Walking Dead logo.

I first started out with finding a font suitable or almost similar to the font shown above. I selected Tungsten Black as my font. I then started to slowly combine layers upon layers…. I think when I finished I had over 8 layers just for just the font; creating the highlights, weathering, crack, textures, shadows, grunge effects..etc……I admit that I didn’t make it 100% accurate as I wanted to add my own flare to this. It was fun, even down to recreating the background using dirty lens stock photos, to a starry nights and clouds all cleverly blended together creating my final piece! It all only took me less then 30 minutes to complete.