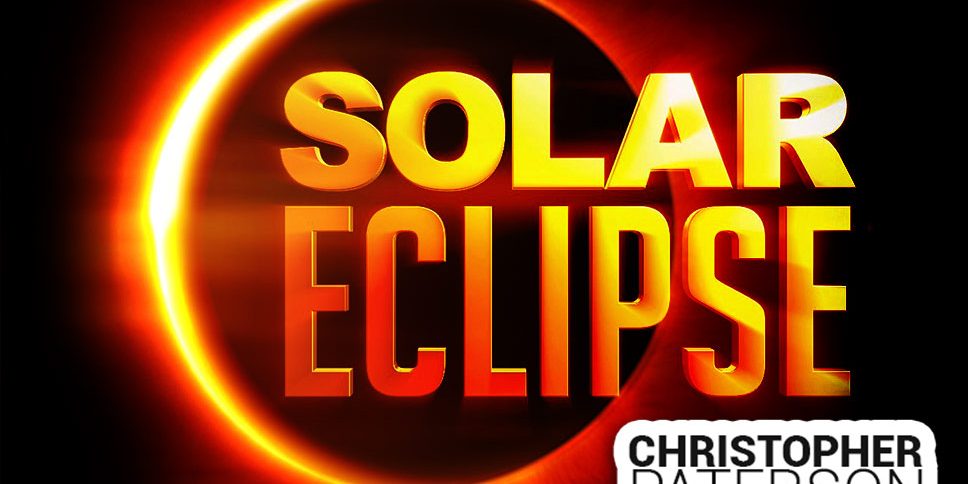 Total Eclipse of my heart….

Anyone looking up to the sky in Toronto between 1:10 and 3:49 Monday afternoon — with the right safety glasses, of course —  will see a dark shadow obscuring a part of the sun, with the small bit that’s visible appearing as a crescent.

That’s the effect of the solar eclipse that the city will experience.

Select areas in the American south between Oregon to South Carolina will experience a total solar eclipse, but in Toronto only around 70 per cent of the sun will be covered.

“It’s one of the most extreme astronomical events that you will see,” says Matt Russo, a post-doctoral fellow at the Canadian Institute for Theoretical Astrophysics.

“The only reason we can see a total eclipse at all is because of this remarkable cosmic coincidence where the moon appears the same size as the sun on our sky,” said Russo. “But the thing is that the moon is actually getting further away from the earth, so in about six hundred million years there won’t be anymore eclipses.”

“We’re living in a special period where things line up just right for this remarkable event.”

Russo has been waiting 23 years to see an eclipse, since the last total eclipse in Toronto. “I was in school at the time and they didn’t trust us to not stare at the sun so they locked us all inside,” he said.

He’ll experience the event this time around as an astrophysicist and he says eclipses offer valuable opportunities to the scientific world.

“Eclipses give you a unique window to take certain scientific data. For instance, an eclipse was used to prove Einstein’s general relativity in 1919,” said Russo. “When the moon blocks out the sun, you can see the corona of the sun and you can study those patterns more easily from earth-based telescopes.”

The peak coverage of the eclipse will occur in Toronto at around 2:30 p.m.

A map showing the peak times at different locations to view the partial eclipse on Canada. (Canadian Space Agency)