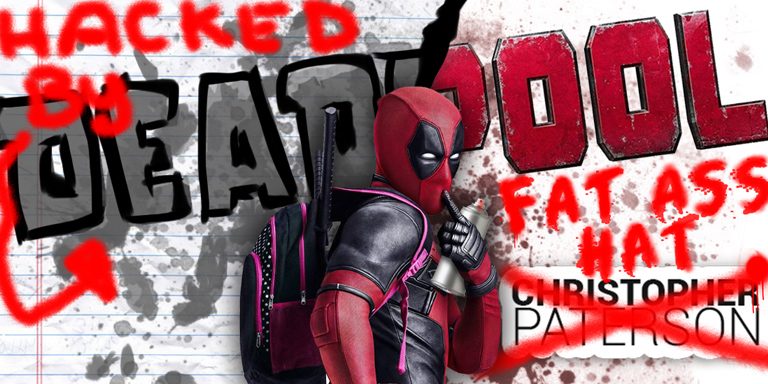 HA! What a FAT ASS HAT! NERD ALERT GUYS.THIS IS DEADPOOL, so I hack his account,SO WHAT, I hack everyone including yours. So he was talking about his logo he created …BLAH BLAH BLAH….Take a look at it then, it’s down below! DOWN THERE…KEEP SCROLLING…..

You’ve reached it, you must have sore fingers from scrolling too much…Ok….so this is my LOGO, pretty cool eh….I designed it…..it’s awesome like me. Now take a look at his dumb design.

GUYS. This is totally rude, he shot out the holes in the “A”, but yet you can’t even see through to the other side? the other side is white, like what was this idiot thinking? Wait, hmmm I admit I maybe like his twist on the logo a little more, and I know he wasn’t trying to get it exactly the same, but maybe this fat nerdy, geeky, pimply, puss bucket has some good skills…Ohh he’s also sweaty and stinky too…did I mention NERDY? OF COURSE I DID because WHOOA, his room is so neat. WHICH REMINDS ME, I’m off to go shit in his bed from eating all those chimichangas…..and maybe his pillow case too…that’ll wake him up in the morning! This nerd also has a white room, well, it’s soon to be a brown room! LATER ASS HOLES!