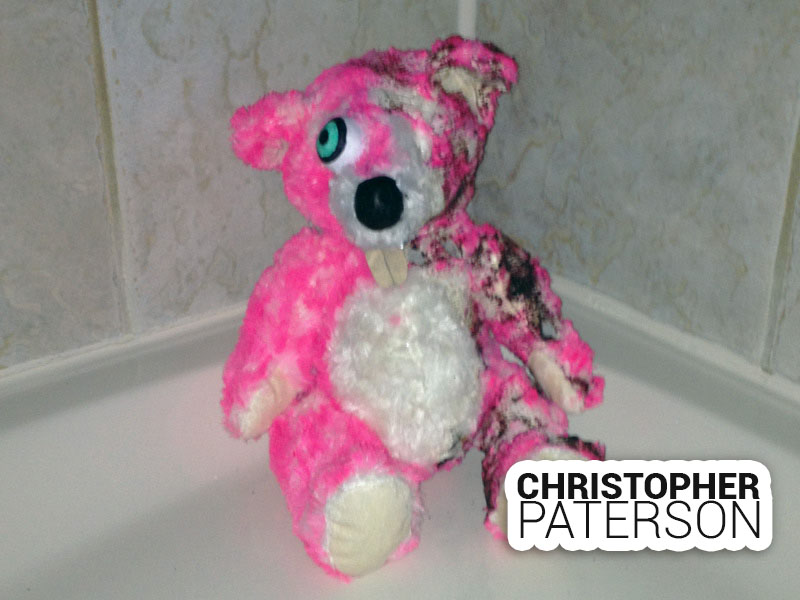 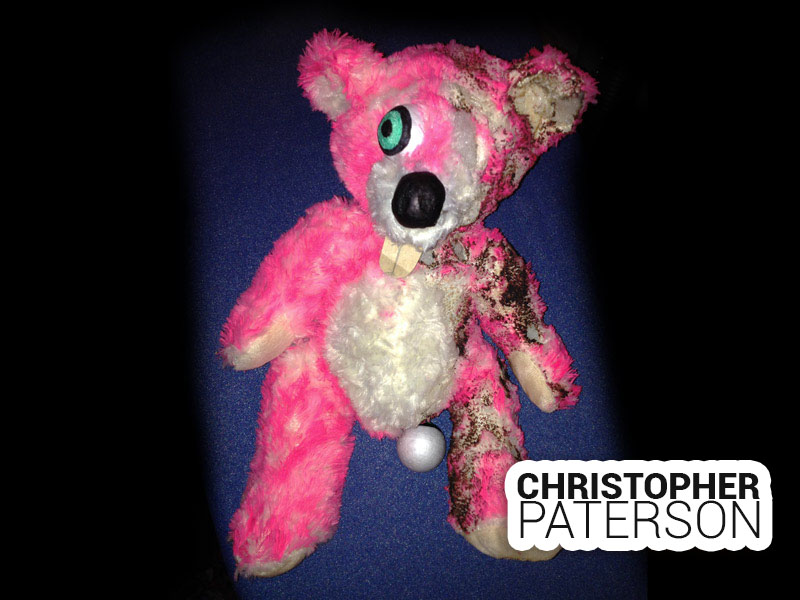 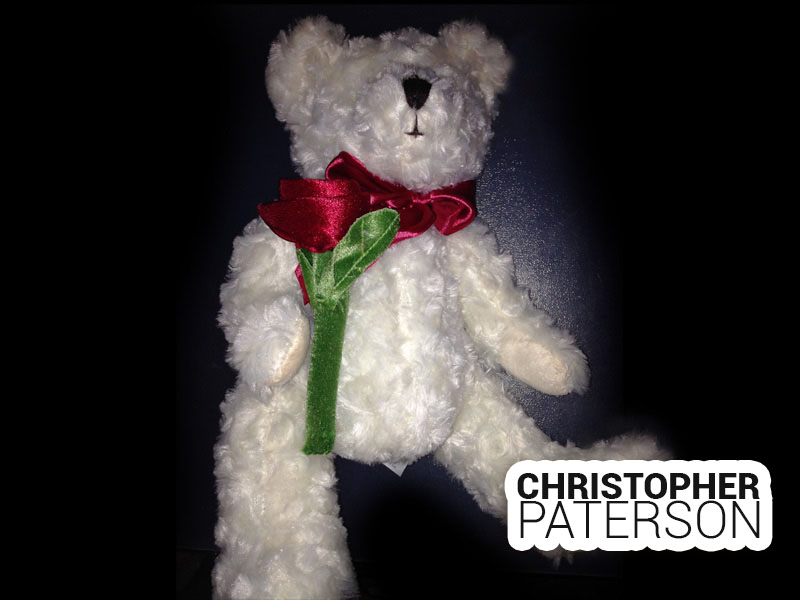 This Breaking Bad bear is a Pink Teddy Bear that fell into the backyard pool of the White Residence as part of the falling wreckage from the Wayferer 515 aerial disaster. As a result of the plane explosion, the pink bear lost an eye and sustained a burn to its left side.

I took an existing white teddy bear, dyed some of the fur pink, made a little eye, nose and then the fun part took place when I burned the left side with a blow torch to recreate the damage seen in the movie. Even though the bear in the movie was dropped in water I decided not to recreate this form of weathering because it would be at risk to mold.

WWE Money in the Bank Case