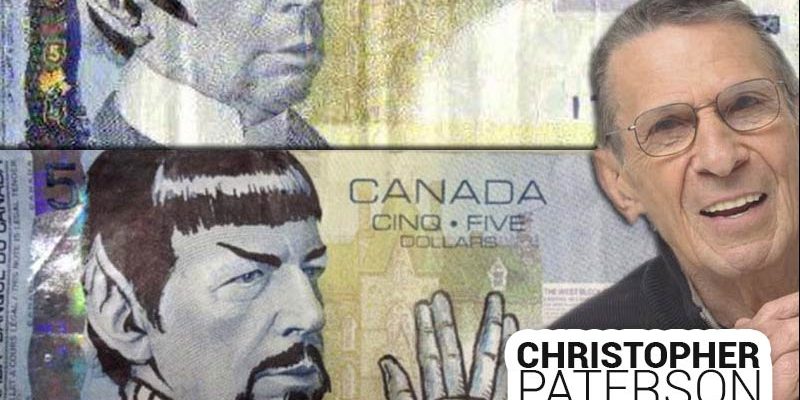 On February 27th the famous Leonard Nimoy passed away. He was known for his role as Mr. Spock of the Star Trek franchise. Canadians were paying tribute to Leonard Nimoy’s death by drawing his Star Trek character Spock on $5 bills. Lets talk about the design.

The idea came from Canadian Design Resource, a cooperative enterprise that supports Canadian designers. They made the request on Facebook. I personally wouldn’t defile the five dollar bill this way but I thought the design was rather comical and depicts him well.