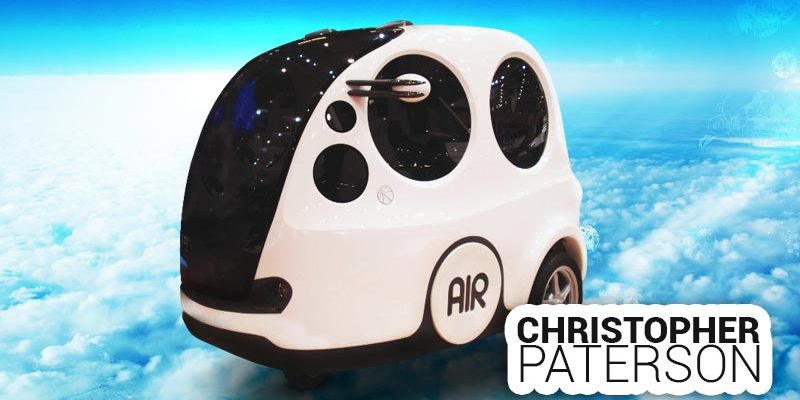 Air-powered engines have mostly been limited in their application due to short range and power available at their disposal. Unfazed by the technological constraints, Motor Development International (MDI) of Luxembourg and TATA motor company of India have joined hands together to make a capsule-car that will have the ability to hit roads in the near future. The basic design involves the use of pneumatic motors to drive the three wheels of the capsule. It is more or less designed to be introduced into the huge market of India where millions of auto-rickshaw/ minicabs run on the streets causing wide-scale pollution and other problems for the second-largest populated country in the world. Let’s take a deeper look into this great design.

The idea of using it in compact cars is a relatively newer thing. However, the idea of using compressed air to drive a vehicle is as old as mid-twentieth century when pneumatic trams were used to cover small distances in the public. But, this new development is much more important as it may usher a new era of recognition and further development in this fledgling field of Automotive.

The futuristic design of these capsules is derived from recent design concepts that have surfaced in engineering. They include compact cabins, small wheels and low maximum speed. Pretty much the same as those minicabs driving around any Indian city for the last fifty years!

Each weighs around 200 Kgs and each of the capsules have a capacity of 175 litres of air that can last around 128 Km. The tank can be refilled with ease in a matter of minutes and it boasts a maximum speed of 80 Km/h which is better compared to the noisy rickshaws. The only concern is the paltry range which I am sure, will increase with time. The company has begun designing another capsule that will last an astonishing 800 Km. The reason behind this awesome range is the addition of gasoline which will be used to heat the air being utilized in the engines.

The design is a little cramped and the back-seat is facing reverse, so other people than from South Asia and South East Asia might be reluctant to ride it any time soon.

The technology however still needs a lot of work. American company Zero Pollution Motors has purchased the technology and aims to introduce it in the American market. It is a prospect that is still warming up towards the idea of green technology, but with the right push via government regulations, it will be possible….and that is a design that not only saves our pockets, but our environment… that’s a design we can all love!