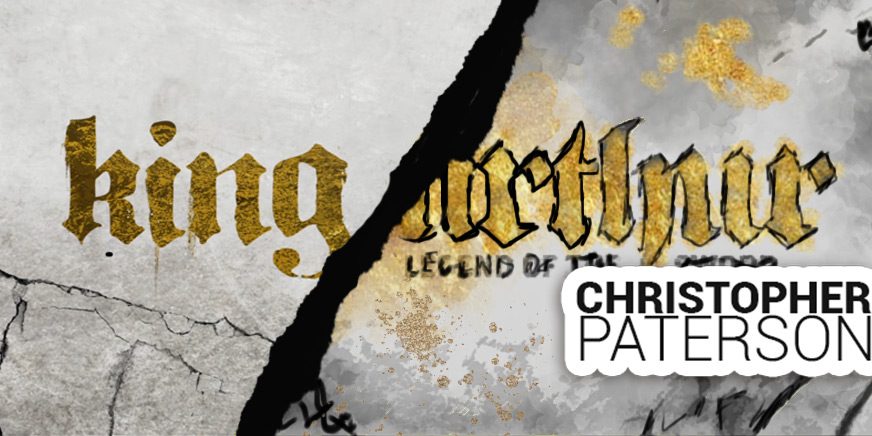 I love movie trailers. It’s one of the best part to arriving before the movie starts…..when I see a new trailer I am always intrigued of how they will showcase the graphics or special effect…. however the I wasn’t too impressed with the recent King Arthur: Legend of the Sword trailer. I mean the colour scheme was great. Gold on white really pops, and it’s eye pleasing. But when I began to dissect this trailers graphics, I started to see it’s hidden secrets…..one of which is stealing existing rock images off the internet to try and create this graphic. Let’s look at this design….

If I were to ever create a trailer for a movie or highly produced film I wouldn’t want any of it to be duplicate easily. I would do my own field research and take pictures photos instead of resorting to stock footage or other images from the internet. The image below is a screen shot from the actual trailer.

A quick and simple search for rock images helped me discover almost all the components used to create the same images. Here are the rock images I found.

Using this three rock components, gold leaf and about 30 minutes of blending an adding some other effects I was able to pretty much duplicate the King Arthur trailer.