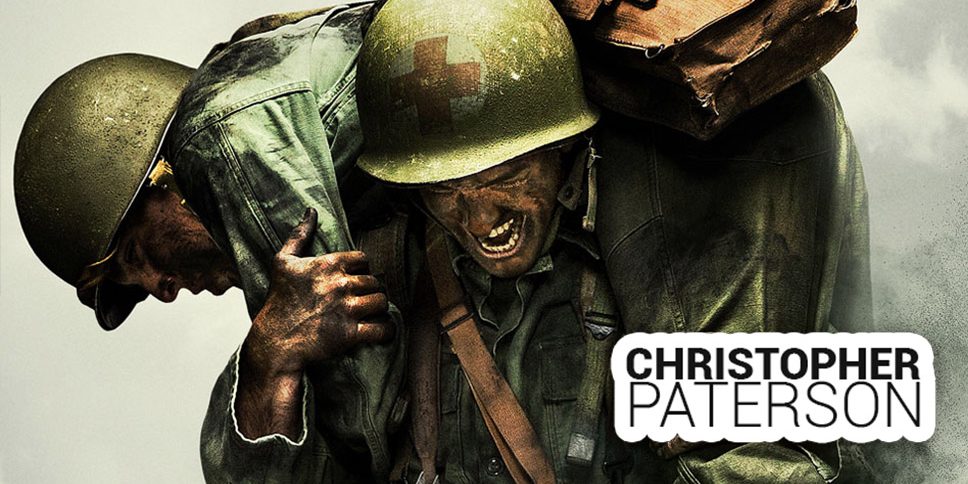 Fighting for what you believe in….

Hacksaw Ridge is the extraordinary true war story reenactment of a brave solider name Desmond Doss who fought in WWII in one of the bloodiest battles in Okinawa. Desmond saved 75 men without taking a life firing or carrying a gun. He was the only American soldier in WWII to fight on the front lines without a weapon. Desmond believed that while the war was justified, killing was wrong. As an army medic, he single-handedly evacuated the wounded from behind enemy lines, with taking fire to save the soldiers. Doss was the first conscientious objector to ever earn the Congressional Medal of Honor. Let’s look at his design….

First off…..any hero of war should always be recognized for not only serving their country but also staying true to what they believe in, fighting for their cause and doing it heroically. Sadly, in the world we live in today more focus is put on pointless things in the media such as the announcement of Beyonce’s twins then on individuals who actually contribute to something important to society.

The film focuses on the battle of the 77th Division for the key sector of Hacksaw Ridge from April 29, 1945 to May 7, 1945.  The sequence in Okinawa begins with the 77th relieving the 96th Division that had  been attempting to take Hacksaw.  The drawn faces of the men of the 96th, along with their thousand yard stares and the trucks bearing the bodies of their dead speak eloquently of what is ahead of them to the somber men of the 77th as they are approaching Hacksaw, a steep cliff up which the men of the 77th must clamber over cargo netting simply to get at the Japanese to fight them.  The film fully earns its R rating in its gruesome depiction of the fighting between the 77th and their Japanese foes.

Doss in the film is shown lowering man after man off the steep escarpment of Hacksaw Ridge, hiding from the Japanese after the 77th was driven down from the top of Hacksaw Ridge by a Japanese counterattack, refusing to leave the wounded.  Miraculously he escaped being either killed or captured by the Japanese, and lowered 75 wounded to life and safety from the top of Hacksaw, repeating over and over to himself, “Lord, let me save just one more.”  In the counterattack to take Hacksaw, his battalion waited until Doss completed praying, the men and officers regarding him as absolutely indispensable to the unit.

When he is himself wounded and taken to the rear, his fellow soldiers search until they find his Bible.  The last scene in the movie shows Doss, clutching his Bible, suspended on a stretcher between Heaven and Earth.

Just before the credits, a few clips of the real Doss were shown.  He never took any credit for his courage giving all the glory to God.  He often said that the real heroes were the men from his unit that never came home, and who were buried on Okinawa.

Mel Gibson has fully redeemed his career as a director with this masterpiece.  A film that goes far beyond mere entertainment and illustrates what a man of faith can accomplish when he stays true to his beliefs and cares so much more about helping others than he does about his own mortal life.  Incredibly, the movie does justice to Desmond Doss, a true American hero.