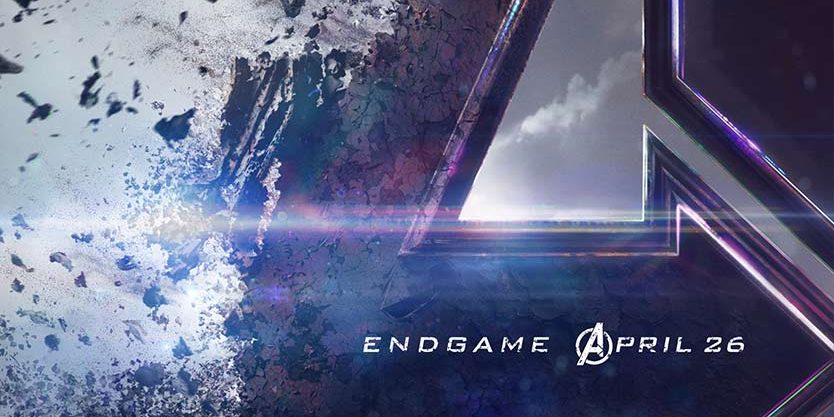 Endgame begins with Tony and Nebula being rescued from their stranded spaceship by Captain Marvel and returned to earth with Tony hanging on by a thread. He’s in an emotional place and doesn’t want to discuss ways of rescuing the people who died after Thanos’s snap — as he sees it, he failed, which is something he’s not used to doing. Then suddenly five years have gone by, and we see that the remaining Avengers have dealt with their loss in different ways — leading group therapy sessions (Steve), becoming deadly vigilantes (Clint), throwing themselves into their work (Nat). But Tony, for once, seems at peace — he and Pepper have moved to a beautiful lakeside estate, have welcomed a young daughter, Morgan, and have even gotten into composting. Overall, fatherhood has changed him for the better.

But because we can’t have nice things (and because half the world is still dead at this point), the Avengers come calling with an idea of how to bring their dusted pals back: time travel. Tony balks at the idea and refuses on the basis of how dangerous it is. He, understandably, doesn’t want to risk losing the new family he’s created. But soon he comes around after figuring out a way to successfully pull it off. As Pepper tells him, he’d never be able to “rest” knowing that he had a way to save the world and didn’t.

Tony joins Steve, Rhodey, Nebula, Thor, Rocket, Nat, Scott, and Hulk on a mission to go back in time and collect the Infinity Stones before Thanos ever does, and then return to their own timeline. They succeed, so the Hulk volunteers to wear the new Infinity Gauntlet and snap to bring everyone back, as only he can survive it. We know from an earlier scene in Endgame that snapping while wearing the glove beams out enough gamma radiation to severely (but not fatally) wound half of Thanos’s body, so for a human to try would mean certain death. Luckily the Hulk survives, and the snap works.

Flash forward a few scenes and a past version of Thanos has now traveled through time to battle for the Infinity Stones and destroy half the world all over again. So, you know what that means: an all-out superhero brawl, of course. Although the team is able to hold their own (for a while, at least) against Thanos’s massive intergalactic army, things start to turn in favor of the big purple baddie when he gets his meaty hand on the Infinity Gauntlet. He utters his new favorite catchphrase — “I am inevitable” — before snapping . . . and then realizing all too late that none other than Iron Man has stolen the stones straight out of his golden glove.

Tony quickly assembles the stones in a makeshift gauntlet built into his suit and locks eyes with Thanos before declaring, “I am Iron Man.” (This is extremely fitting, considering those are the exact same words that kicked off the MCU over 10 years earlier at the end of 2008’s Iron Man.) He snaps despite knowing what it’ll do to his body, and is able to kill Thanos and wipe out his army, who all disintegrate the same way people did in Infinity War. Tony’s sacrificial snap instantly sends a fatal wave of gamma energy through his body, frying his right side and rendering him unable to even really speak. He dies on the battlefield with his wife, Pepper, and protégé, Peter Parker, at his side.

An intimate funeral is held at his lakeside home with all the Avengers present — even Captain Marvel and Nick Fury — save for Nat, who tragically perishes earlier in the film during her quest for the Soul Stone. It’s a bitter (and beautiful) irony that the selflessness Tony learns from being a father to Morgan is exactly the reason why he decides to sacrifice himself at the conclusion of Endgame, ensuring that his daughter grows up in a world safe from a threat like Thanos, even if Tony himself won’t be around to see it.